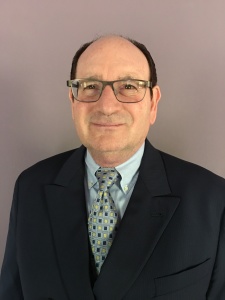 HOLOCAUST, LIBRARY AND MUSEUM BOOK DONATIONS THROUGHOUT THE WORLD

Sanford Rudnick is a graduate of UCLA and Lincoln Law School. He started a management consulting firm in 1980. He has represented about 1000 Employers including many Fortune 500 Companies throughout the US. He wrote a book called Fundamentals of Labor Law which are at law schools in the United States and England.

In 1995 Sanford Rudnick married Alexandra Morgan who obtained a Masters Degree in Indian Art History at Mills College. Art was an important aspect which they shared together in their marriage.

In approximately 2000, Sanford Rudnick started painting as a hobby by doing 4 ft by 6 ft paintings without art school training. His paintings were with bright acrylic paint. Surrounding the paintings like a frame, are words that describe the paintings. He calls his paintings and books, "Reflectionism."

From to 2000 to 2008 Sanford Rudnick wrote and self published three books on Plan B - How to Achieve Success, Life is Peace - How to Resolve Conflict and LifeVision -The Code for Conflict Resolution and Success.

Sanford Rudnick started to donate these books to many libraries and museums in the United States and around the world. Some of these libraries included the Library of Congress, Harvard, Stanford, the Army, Air Force and the Marines. In fact, you can go to his website, www.rudnick.com under, Why Us, and you will see many of the libraries that has accepted his books. In 2018, Oxford and Cambridge accepted some of his books as well.

In approximately 2008, Sanford Rudnick was told by his cousin, Neal Feibel, in Dallas Texas, that his grandfather & grandmother  were killed in the Holocaust in Auschwitz. Karl and Nanette Feibel were born in Poland in approximately 1880. Sixty five years later, they were sent to Auschwitz by cattle car with millions of other Jews that were killed by the German Army.

However, at the age of 17  their son, Harry Feibel, escaped from Poland and came to the United States in 1938. He went to college at night in Chicago. Harry Feibel, my uncle, moved to Dallas, Texas and became a successful businessman. He had three children in Dallas, Texas.

This tragic incident inspired Sanford Rudnick to start writing and painting about the Holocaust. Sanford Rudnick wanted children to learn about the Holocaust so this could not happen again. His books and art work were donated into libraries, museums and holocaust museums in the United States, Europe, Israel, Turkey, the Turkish Modern Museum of Art, the Middle East, India, Africa, China, Japan and Central America.

His first Holocaust book was called,  A Holocaust Remembrance. This was a book about 44 children that were killed in a foster home in Paris France by Klaus Barbie in the German Army. Sanford Rudnick asked his readers to speculate on what the lives of these 44 children would have been if they were not killed.

In the second children's book, "J Vision" was a story where children and adults can learn about the 6 principles in the word JEWISH to learn how to achieve success to overcome any Holocaust.

In the third children's book, "Godxilla" was a book where children can learn the 8 principles in the word Godxilla to learn how to achieve success to overcome any holocaust and to become a success in life.

Also, Sanford Rudnick, has written 5 other children's art books for the Religions of Catholicism, "G Power" Buddhism, "B Vision" Hinduism, "H Power" Islam, "I Journey" and Mormonism, "M Power" which teaches children how to achieve success by understanding the letters in each religion. Also, these books have been donated to many holocaust museum, libraries, temples and churches around the world.